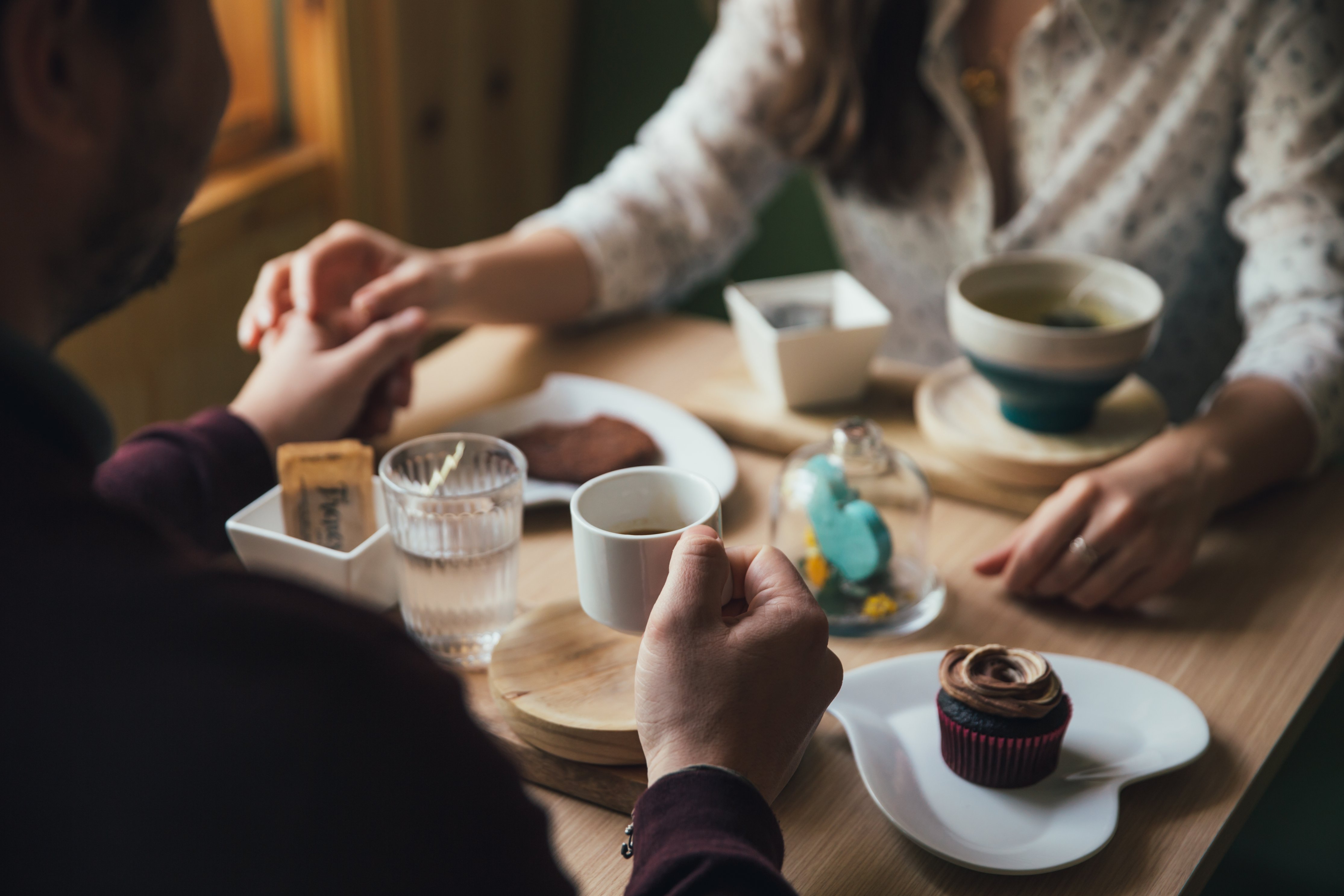 Author: Stefan Andjelkovic
This article originally appeared as a student blog post from the Evolutionary Biology of Human Disease class.

At the turn of the millennium, completion of the Human Genome Project opened up a multiverse of possibilities for further research and understanding of what makes humans tick. This 13-years long, $3-billion odyssey of reading a complete human genome for the first time, put its foot in the door to bring whole genome sequencing to households within less than two decades, at a cost of mere $600 (with exceptional cases of Black Friday discounts that went as low as $199). In synergy with big data hype, this technological advancement served as the foundation for multitude of emerging startups selling the magic of decoded life itself: from rare disease diagnostics and personalized medicine, through prenatal genetic consulting, to the ancestry composition.

The last decade saw a rise of a very peculiar niche: genetics-based dating platforms. These environments were created with a promise that unlocking the secrets of our DNA will facilitate partner selection through informed decision. As appealing as it sounds, one can’t help but ask: what kind of information could we need from the book of life that genome is, and more importantly, what kind of information can it provide? While academia remains very conservative and refrains from assertions in this area, hiding behind ongoing research, there are companies ready to make bold statements. They offer different answers to these questions, but all of the narratives revolve around 3 concepts:

THE ROLE OF THE IMMUNE SYSTEM IN MATING PREFERENCES

For the last 25 years, there has been a strongly supported theory that people prefer sexual partners whose immune systems are as different as possible from their own. This has particularly been noted in women’s mating partner selection. On the genome level, this is encoded by a gene set called major histocompatibility complex (MHC), which codes for the cell surface proteins, responsible for pathogen identification. MHC was found not only in humans, but also in mice, birds and fish. In humans, MHC classes I and II constitute what is called human leukocyte antigen (HLA).

There are several plausible evolutionary explanations for this phenomenon of balancing selection. First, MHC diversity arms offspring with more antigens to detect wider variety of pathogens, increasing its immunocompetence. Second, it increases offspring’s resilience to pathogen infections, because pathogen adapted to deceive one parent’s MHC, will be less likely to deceive the other parent’s one. Last, but not least important, sexual partner with different MHC will be less likely to be related.

It all started in 1995, when Claus Wedekind published results of “the sweaty T-shirt experiment” which would soon become the hallmark paper of genetics-based sexual attraction theory. In this study, male participants were required to wear a T-shirt for 2 consecutive nights. Then the female participants would smell the T-shirts without preconceived notions on who wore the T-shirt, and rank the T-shirts according to their dating preference. The outcome showed that women preferred men whose natural scent reflected different major histocompatibility complex (MHC) alleles (allele is a gene copy inherited from a single parent). The conclusions, should be noted, were only applicable to women who weren’t taking any hormonal contraception.

In 2001, Milinski and Wedekind found out that there is correlation between MHC and fragrance preference. Deeper exploration of MHC role in sexual attraction showed that women specifically preferred odors different from the ones corresponding to their paternally inherited MHC alleles. This study by Jacob et al in 2002 determined that only inherited alleles affected partner preferences, and non-inherited father’s alleles were irrelevant, despite the participants’ exposure to the corresponding odors throughout their childhood and adolescence.

A study from Christine Garver-Apgar in 2006 demonstrated that MHC dissimilarity in long-term relationships reduced women’s attraction to men other than their partner and increased their fidelity. More recently, a research group in Dresden has examined HLA class I and class II roles at high-resolution, concluding that not only women’s attraction to HLA dissimilar male partners is increased, but also their sexual satisfaction and willfulness to procreate. Additionally, this study showed that the observed effect is not reciprocated in men. Another study from the same year corroborates the role of body odors in women’s sexual satisfaction, but it wasn’t targeting HLA. Instead it focused on the roles of male traits and behaviors.

While there is no identified human pheromone molecule to date, HLA has certainly been proven to play somewhat similar role. This is what forms scientific foundation for attraction prediction in DNA-based digital dating platforms. Their selling point is that HLA similarity between partners is more likely to result in break up, so the platforms give less priority or completely prevent potential matches with similar HLA from their users.

Note that these studies focus on heterosexual attraction. Genetic basis of homosexual attraction is still a hot topic in research, especially with periodically published and disproved findings (e.g. Xq28 locus link to male homosexuality published in 1993 and disproved since). What is interesting here is that, the latest Genome-wide association study (GWAS) of homosexual behavior on a population sample of around half a million people from the US, the UK and Sweden, published in August 2019, has identified 5 relevant loci, and further analysis identified pathways related to sex hormone regulation and olfaction (i.e. smelling the partner). These findings reinforce the statement that olfaction plays the most important role in human sexual preferences, even though the devices used to access mainstream dating platforms have no technical means of conveying the smell.

PERSONALITY ROOTS IN GENETIC MAKE UP

DNA Romance (ex SingldOut) is a platform where users get matched according to their romantic chemistry which is measured by their differences in 102 DNA markers found in MHC region, and personality compatibility, which is estimated through Myers-Briggs Type Indicator questionnaire. While the latter method is still debated in psychology community, MHC region is claimed to be able to explain up to 40% of attraction.

Another company, Instant Chemistry, offers similar service, but instead of people searching for soulmates, their customers are couples who want to find out their level of compatibility. In addition to HLA genes and MBTI personality test, it uses partners’ genes to calculate neurocompatibility scores. The “genetic neurocompatibility profiling” tests 3 genes: DRD4 (dopamine receptor, indicates risk taking tendency), SLC6A4 (serotonin transporter, sways away from practical and towards passionate take on life) and OXTR (oxytocin receptor, indicates ability to interpret people’s emotions). Depending on alleles from these 3 genes, they classify customers into 8 personality types, each associated with most likely traits and career paths, and then calculate couple’s compatibility.

It is important to understand that these compatibility scores are calculated by proprietary algorithms and have neither public metrics, nor validation of any type, so it is left to the customers to decide whether they believe in the scores’ merit. This is why Instant Chemistry is advertising their product more as entertainment, than relationship counsel.

In December 2019, George Church found a startup out of his lab: a dating app called DigiD8 (D8 being internet slang for dating) which would collect users cheek swab samples, check them against preselected monogenic rare disease SNPs and prevent people who carry recessive disease alleles from ever matching. He claimed that his mission was to eradicate a number of diseases through what he claims to be yet another form of genetic counseling. However, this raised a lot of bioethicists’ eyebrows because of potential abuses. The main concern is explicit discrimination against diseased allele carriers, leading to implication that they are less worthy. Some of the opposers go as far as to claim that this kind of artificial selection would induce racial bias. Church argues against the accusations, emphasizing that the rare diseases have low rates of occurrence, which would for average user, by his estimates, result in hiding at most 5% of potential partners.

His justification is grounded in an example of Jewish community in New York, in the early 1980s: Dor Yeshorim. It offers premarital genetic screening to assess partners compatibility and risks for yielding offspring with fatal diseases, and in the first 3 decades it drastically reduced incidence of diseases such as Tay-Sachs disease, cystical fibrosis, etc., in Sephardi and Ashkenazi Jews. Church implied that his app can be tuned so it only filters out matches for severe diseases such as Tay-Sachs disease, which causes premature death in early infancy.

As noble as Church’s cause sounds, unlike the other genetics-based apps, his DigiD8 puts discretionary matchmaking decision power in his hands, making people wary. The app hasn’t been launched up to this date, so it is hard to judge, but eventually, time will paint him as a hero, executor, or simply… irrelevant.

IN CONCLUSION – CAN GENETICS BECOME THE ROSETTA STONE OF HUMAN SEXUAL ATTRACTION AND ROMANTIC PARTNER SELECTION?

Some of the genetic foundations for attractiveness and better offspring health outcomes have been identified in the last 4 decades. Millions of years of sexual selection have imposed certain rules of the game, partially written in our DNA. However, rapid acceleration of technological development empowered us to glimpse into this black box and better understand ourselves. Some of our intuition in seeking a romantic partner has been unraveled, some remains mystery, but ultimately, we got a chance to make our choices and own them. Will this newly found freedom help us create a healthier and more fulfilled society? We cannot know for sure. Only time can tell.